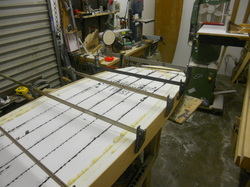 Noun1. Dissection - cutting so as to separate into pieces
cutting, cut - the act of cutting something into parts; "his cuts were skillful"; "his cutting of the cake made a terrible mess"

A couple of years ago, I began a new project. I started to cut up some perfectly good surfboard blanks. Cutting and re-gluing them into an entirely different shape than they were intended to be. I began to call these boards "Dissects". As in dissecting them into pieces. Just like that frog you cut up in Biology class. Only I put them back together. For example, some started out as a long-board blank, and became a gun instead. Others were a gun blank and became a fish.

Many surfboard shapers begin with a semi-formed blank. I actually make my own. Rocker, outline, and stringer setting.

It started as just a couple cuts. Things quickly went out-of-control! Then I began to cut them into as many as eighteen. The blank companies glue just one, two or three pieces pretty regularly. That's pretty simple. Now try twelve or more. I've moved the stringers from the center to the rail on some. (Parabolic). Some, I have split and curved them.

Others I've taken different foams and combined them together.

Gluing straight lines is hard enough. I had to complicate things by gluing foam around the perimeter. This proved to be much harder than expected. I am still trying to perfect this method. I actually outline the board two or three times by hand until I have the foam placed where it needs to be.

The black lines you see are glue.

Below is a group of boards built with this method. The glue lines act as stringers. It more evenly distributes the flex throughout the board. Some have no traditional wood stringers at all. Some have exotic wood stringers such as Agave Cactus, Redwood, and Cedar.

Stay tuned, this is just the beginning... 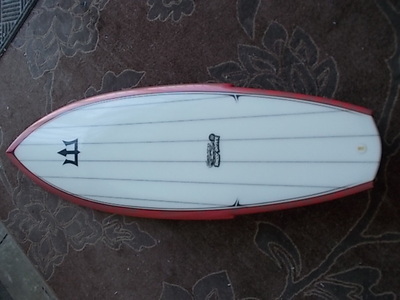 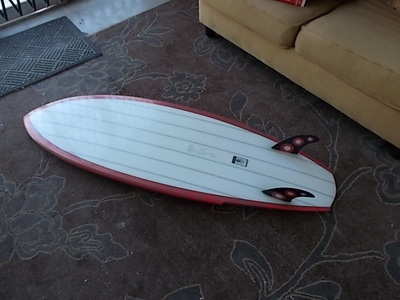 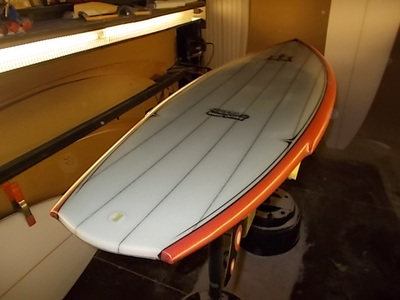 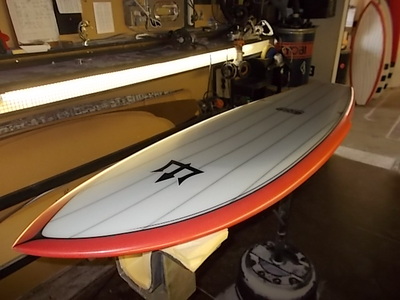 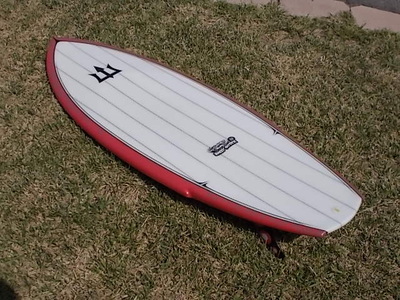 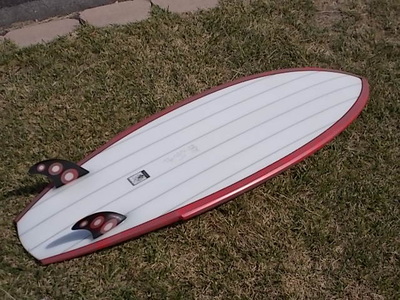 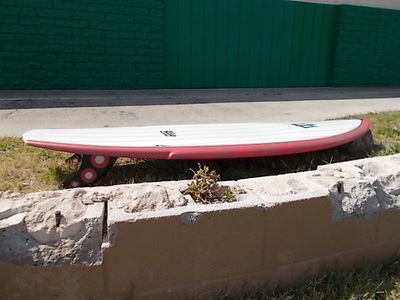 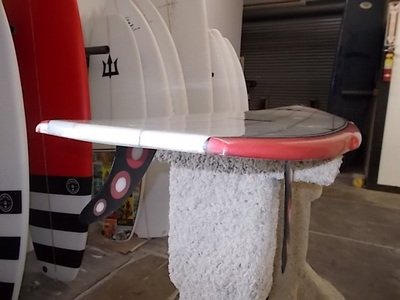 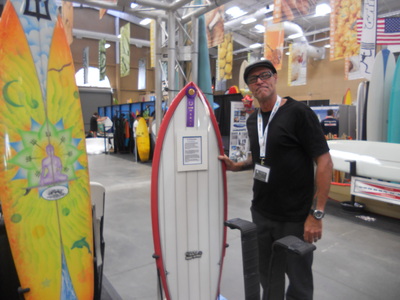 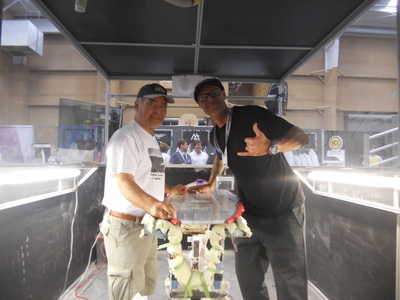 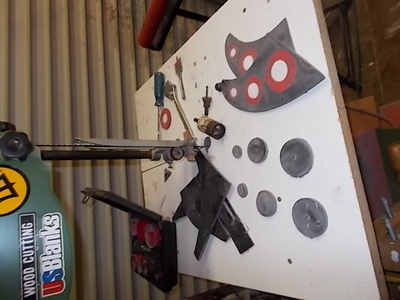 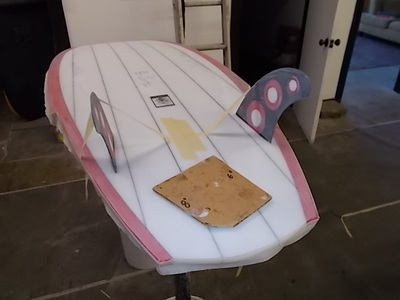 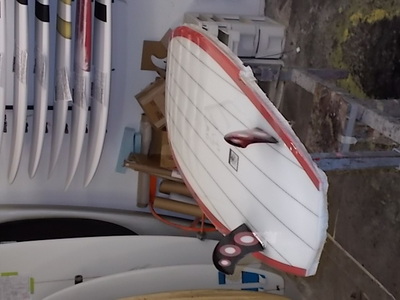 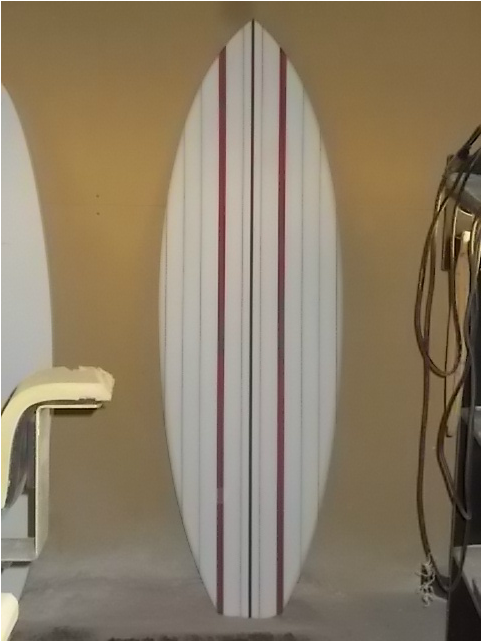 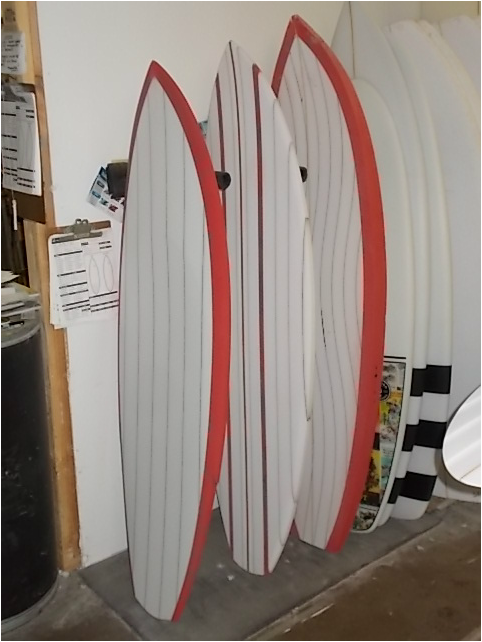 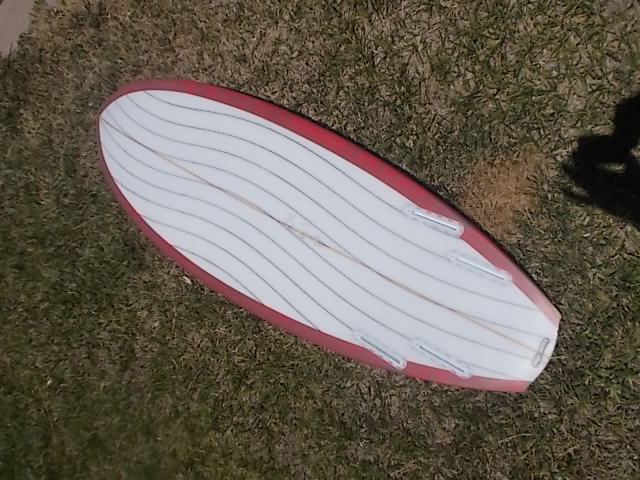