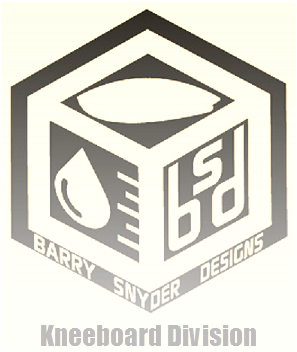 Type of surfing done from a kneeling position, usually on a small, wide, blunt-nosed board; a popular and progressive alternative to stand-up surfing in the 1960s and '70s, but a fading practice by the '80s.

Kneeboarders often say they chose their version of the sport over stand-up surfing because of the increased sensation of speed that comes from riding closer to the water surface. In decades past, kneeboards were more maneuverable by far than regular boards, were easier to fit into tight sections on the wave, and were the vehicle of choice at some of the world's gnarliest breaks, including the Wedge and Big Rock in California, and Shark Island in Australia.

Kneeriding likely originated in ancient Polynesia, along with bellyboarding and stand-up riding. The nonstanding versions of surfing were more popular during the sport's dark decades in the 19th century, when Western-borne disease, religion and politics decimated the number of surfers in Hawaii and other Pacific island groups. (All three surfers in "Sandwich Islanders Playing in the Surf," a 1841 drawing, are riding on their knees.) Stand-up riding then became synonymous with surfing during the sport's early 20th-century renaissance; while kneeboarding was undoubtedly a part of the surf scene, it was all but unmentioned as a surfing subcategory until the late '50s, and didn't gain any real popularity until the mid-'60s.

Dominant kneeboarders over the decades included Rex Huffman of California and Australians Peter Crawford, Michael Novakov, and Simon Farrer. But kneeboarding was largely defined by two people: George Greenough and Steve Lis. Greenough, a surfer-filmmaker-designer from Santa Barbara, California, gained notice in 1966 when surf magazines printed shots of him riding his newly designed "spoon"—a thin, semiflexible, five-foot kneeboard that allowed him to do amazing hairpin turns and cutbacks. Greenough's performances led directly to the shortboard revolution of the late '60s and early '70s, which might be seen as nothing more than a five-year effort by stand-up surfers to try and ride waves the way Greenough did.

Steve Lis of San Diego, California, is best remembered for developing the wide, split- tailed, two-finned "fish" board in the late '60s and early '70s—a design that produced the stand-up twin- fin boards used in the late '70s, which in turn led to the wildly popular tri-fin.

Performance and design contributions aside, kneeboarders have always been the object of scorn and derision by conventional surfers. Kneeboarding clips from '70s surf movies were interrupted by shouts of "stand up!" from the audience; Australian surf journalist Phil Jarratt, while working as editor of Tracks magazine in the early '70s, wrote a kneeboarding column titled "Cripple's Corner." Low-grade abuse, however, didn't bring on kneeboarding's drop in popularity; it was the mid-'70s introduction of the bodyboard, along with improved stand-up boards, that mitigated, then erased altogether, the kneeboarder's performance advantage. "Endangered Species," a lengthy 1998 Surfer's Journal article, noted that kneeriders in America were "caught in a black hole of diminishing numbers, diminishing talent and diminishing recognition." Kneeboarding dropped in popularity as well in Australia, but to a lesser degree. Kneeboard Surf Australia, an ongoing competitive organization, attests to the sport's relative health Down Under. Meanwhile, kneeboard world title events have been held sporadically through the years; 54-year-old David Parkes, the oldest competitor in his division, won the 2013 World Kneeboard Championship in Tahiti.

Average measurements for a 2013 kneeboard are about 5'10" by 23", roughly four inches shorter and four inches wider than a small-wave shortboard. Quad-fin setups are the most popular. In decades past, all kneeboarders used swim fins to help propel themselves into waves; for the past 10 or 15 years now, the trend among top kneeboards has been to ride without swim fins.

Kneeboarders have made brief cameos in surf movies over the decades, especially in the late '60s and early '70s. Australian kneeboarder Simon Farrer produced The Sparrow Has Landed and Friends (1998), the first full-length kneeboarding video. LeglessTV, a handsome all-kneeboarding website based out of Australia, was founded in 2011.

"Kneeboarding" is also used to described a flat-water version of the sport, done mostly in lakes, where the rider is towed behind a boat and, while crisscrossing the boat wake, performs aerial tricks, including inverted rolls, flips, and somersaults.

Projects in the works. 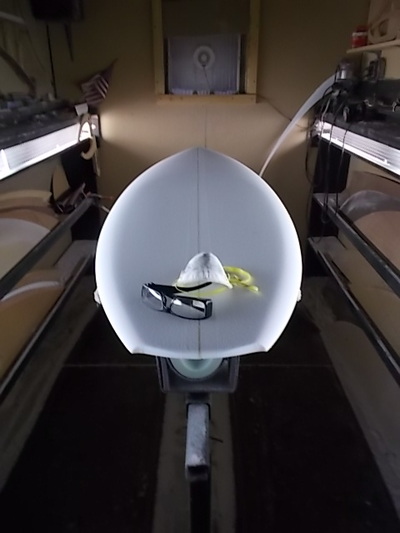 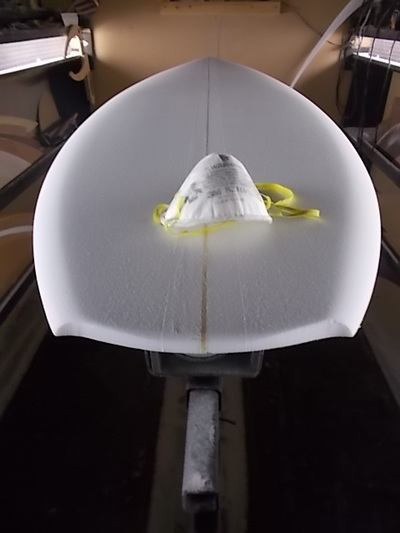 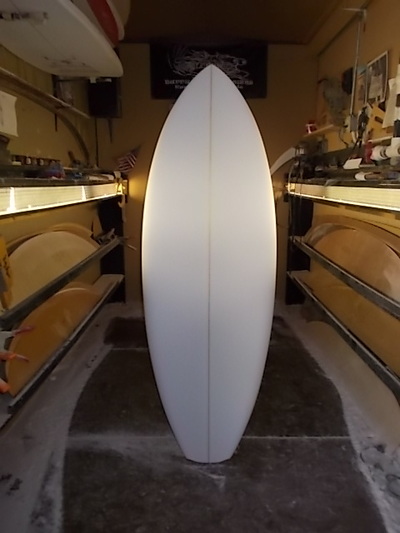 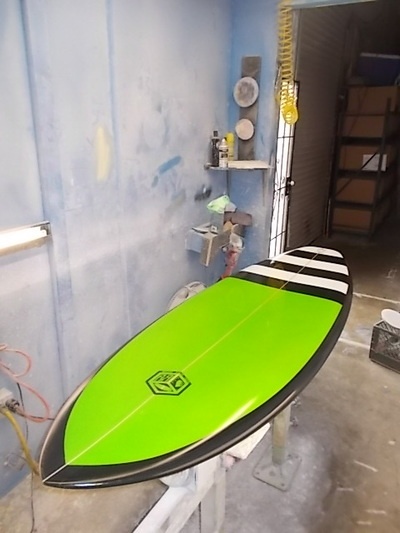 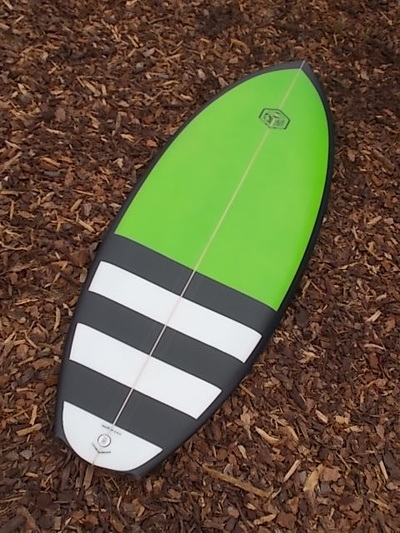 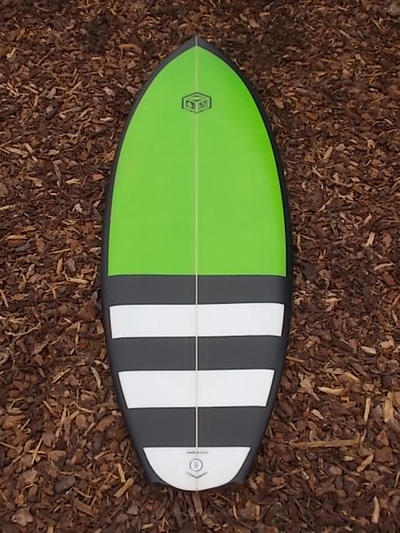 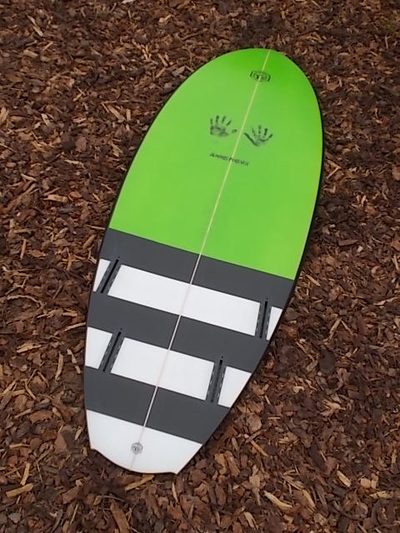 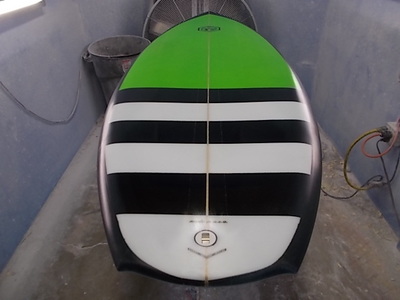 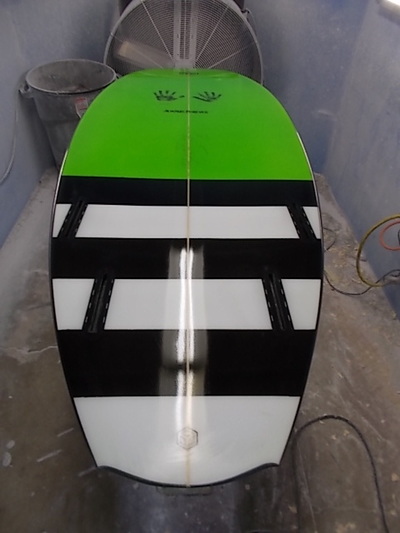