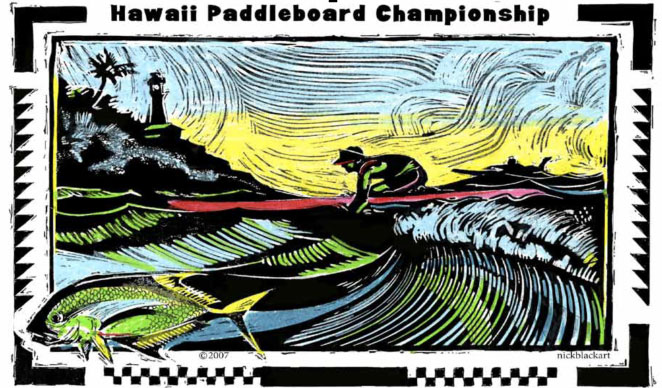 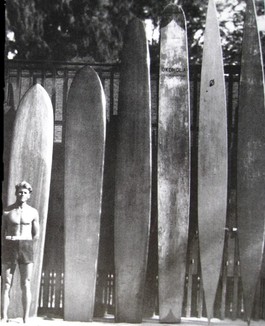 Thomas Edward Blake is credited as the pioneer in paddleboard construction in the early 1930s.

While restoring historic Hawaiian boards in 1926 for the Bernice P. Bishop Museum, Blake built a replica of the previously ignored olo surfboard ridden by ancient Hawaiian aliʻi (kings). He lightened his redwood replica (olo were traditionally made from wiliwili wood) by drilling it full of holes, which he then covered, thus creating the first hollow board, which led to creation of the modern paddleboard. Two years later, using this same 16 ft (4.9 m), 120 lb (54 kg) board, Blake won the Pacific Coast Surfriding Championship, first Mainland event integrating both surfing and paddling. Blake then returned to Hawaii to break virtually every established paddling record available, setting half-mile and 100-yard records that stood until 1955.

In 1932, using his drastically modified chambered hollow board (now weighing roughly 60 lbs), which over the next decade he would tirelessly promote as a lifeguarding rescue tool, Blake out-paddled top California watermen Pete Peterson and Wally Burton in the first Mainland to Catalina crossing race (29 miles in 5 hours, 53 minutes). During the 1930s, Blake-influenced hollow boards (called “cigar boards” by reporters and later “kook boxes” by surfers) would be used in roughly equal proportion to solid plank boards for both paddling and surfing until the new Hot Curl boards led wave-riding in a new direction. For paddleboarding, however, the basic principles of Blake’s 1926 design remain relevant even today. 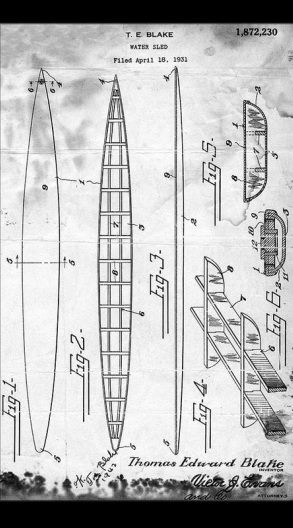 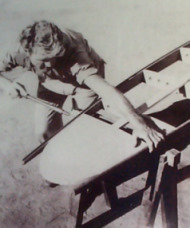 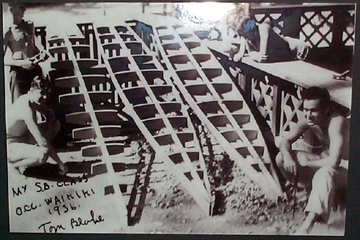 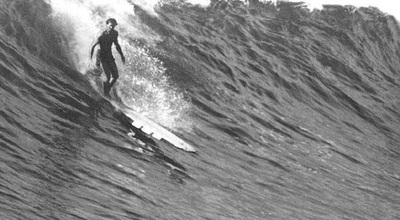 Tom Blake from ENCYCLOPEDIA of SURFING videos on Vimeo. 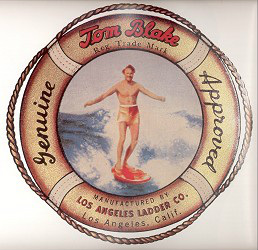 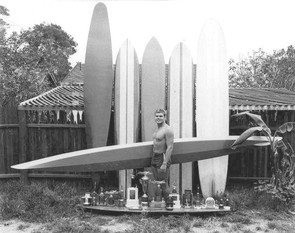 When Tom Zahn paddled his final strokes beyond life’s barrier reef he slipped across leaving in his wake a superb series of life-accomplishments as a consummate waterman.

Born in Santa Monica in 1924, he grew up on the beach and served as a lifeguard for all his adult life, working for the cities of Santa Monica, and Newport Beach, as well as Los Angeles County, and the State of California.

As Lieutenant Tom Zahn, skipper of the L.A. County Baywatch, he was awarded the Medal of Valor. As a surfer he had ridden big North Shore Hawaiian surf with the sport’s pioneers in the late 1940s, and early ’50s. As a paddleboard racing champion he established a number of long-standing records, including his 9hr. 20min. solo Molokai/Waikiki Channel crossing in October, 1953, and his 1958 Catalina Channel crossing record which stood for over 20 years.

As had his mentor, Tom Blake—modern surfing’s primary architect—he personified an ideal that Blake had initially stimulated. Zahn, however, never considered his ideals or achievements as credentials; aggrandizement was not his style. Instead, Zahn esteemed order and lived a life of economic simplicity.

While he received numerous awards over the years, and was often cast as a “hero,” he felt no need to be dramatized as one. He ignored celebrity. Tom Zahn wasn’t a grandstander, he simply stood in the light of his deeds.

FROM THE SAME CLOTH

Zahn acknowledged that he had initially modeled much of his philosophy and behavior on Tom Blake’s blueprint.

Both seemed cut from the same cloth. Both, as men, were Hollywood-handsome. Both were athletes, cross-referentially dedicated to health, hygiene and diet, with physiques that would stand out even in today’s world of buffed health-club studlies.

Both men revered Duke Kahanamoku whom they counted as a close personal friend.

Both men enjoyed a mutually sustaining and reinforcing life-long friendship, imbued with a love of the ocean, health and fitness. Zahn once confided that nothing had ever meant more to him.

Whatever biologically magical chain of dexiribo nucleic acids or amino peptides that combined with sand, sun and sea water to create these two remarkable individuals, had done a superlative job.

Both were formidable watermen.

As an influence, Tom Zahn was an example of physical, moral, and intellectual achievement.
His standards were exacting. He did not suffer dilettantes. He took life seriously, and still enjoyed it. To be sure, there was an element of compulsivity to his behavior. He had well-established routines from which he rarely deviated.
An old Latin proverb goes: stylus virum arguit, in today’s idiom—actions speak louder than words. And Tom Zahn’s certainly did.
His resolute spirit, integrity, and lifetime commitment to the ocean were an enduring inspiration for three generations of Southern California watermen.

Hopefully his legacy will influence the next.

These are my modern versions of what both these men rode some 80+ years ago. 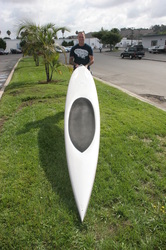 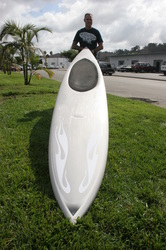 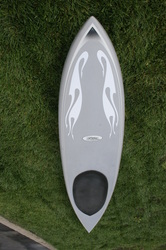 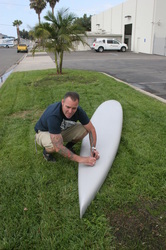 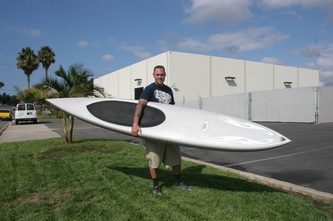 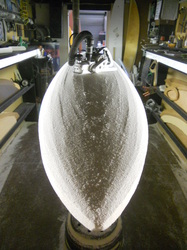 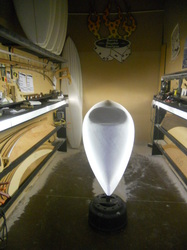 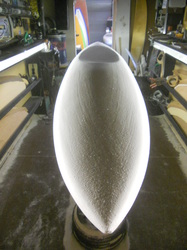 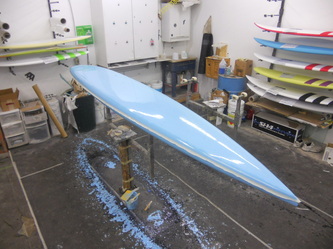 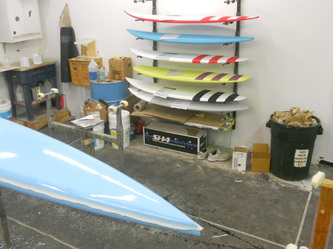 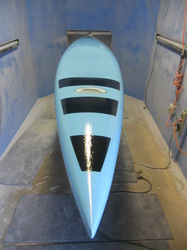 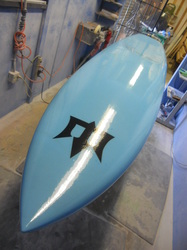 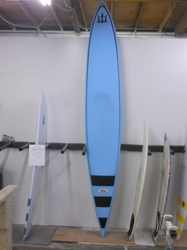 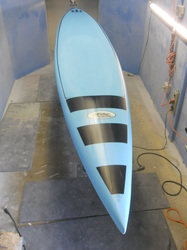 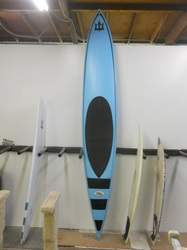 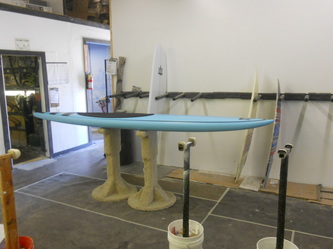 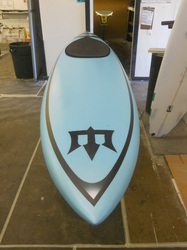 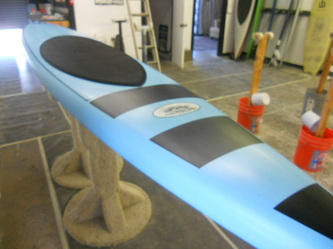 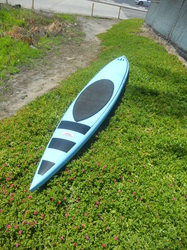 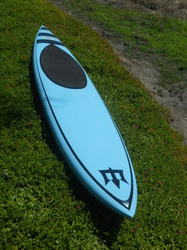 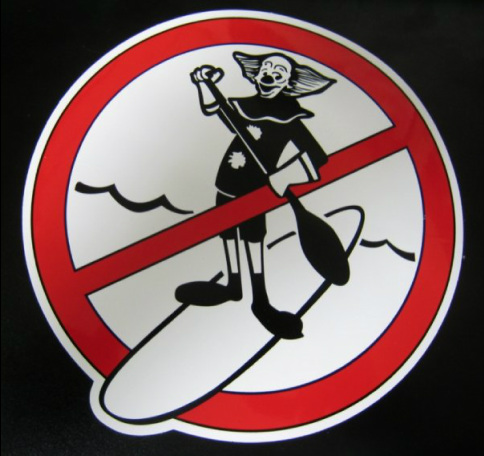 This sticker is proudly displayed on the back of my VW van.